Meet the Maker: Isadora Alvarez of Back Beat Rags 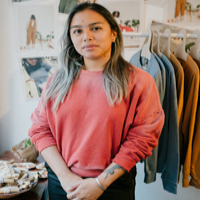 Growing up in a small town on an island in The Philippines, Isadora Alvarez always knew she wanted to work in fashion and own her own business, but had no idea how to get there. Her commitment paid off in the end and through years of education and learning the ropes, she launched Back Beat Rags.

As a child, Isadora says she was always very particular about the fabrics she wore. In her world, comfort always came first. When she was 15, she told her parents that she wanted to learn how to make clothes and from there, she connected with a local seamstress who taught her the basics.

To continue learning more about the craft, Isadora moved to the United States to attend college at the Academy of Art University in San Francisco, earning her degree in Fashion Merchandising. After graduation she and her husband relocated to Los Angeles where she spent time working for various retailers.

Throughout her experience in the fashion industry, Isadora noticed that a lot of the items were made with harsh and cheap fabrics. She wanted to have the creative control and ability to choose the quality of materials, but the only way to do so was to start her own label. So in 2015, she took the plunge and officially founded Back Beat Rags. 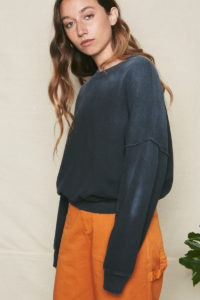 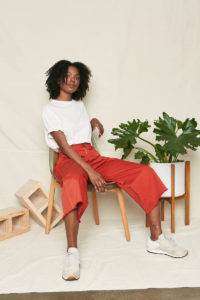 The brand initially started as a vintage tee and sweatshirt store, but Isadora launched its first full collection just a few months later. Her decision to incorporate low impact and sustainable materials was one of practicality. “In this day in age, we have the option to incorporate sustainability in our business practices, so why are we not doing it?” she says.

Since launch, Isadora has designed and produced two seasonal collections each year. Her Spring/Summer 2018 line features fourteen different styles. Between the sketch, creating a technical pack, designing a pattern, sewing samples, multiple fittings, and dyeing, each piece takes weeks to go from sketchbook to finalized. However, all the hard work pays off when it comes time to shoot the new pieces. “Watching it all come together and seeing what I’ve created is when I feel proudest,” she says. 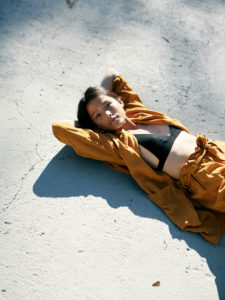 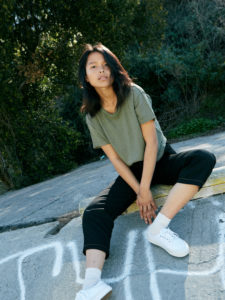 Isadora credits her husband for all the support he’s given her throughout the process of launching and maintaining Back Beat Rags. She knows she’s extremely lucky and recognizes that not everyone has such a supportive group. She recommends any eager entrepreneur to do as much research as they can so they’re prepared to make a move when the time is right.

As Back Beat Rags has grown, Isadora has also experienced her share of the “dark side” of entrepreneurship. She’s quick to acknowledge that loneliness and isolation can be pretty common, especially in the early days. When she first started out, she had zero clue about manufacturing fashion in the United States. But that didn’t stop her from using every day as an opportunity to learn something new.

To cut down that learning process, Isadora encourages fellow fashion entrepreneurs to get their bearings at a small label to learn the ins and outs of the business before diving in. And reminds those starting out that “growing pains don’t mean you’re failing, they mean you’re growing,” so take every day in stride.

Check out Back Beat Rags in a number of retailers throughout the U.S. or visit Isadora in person at an event she’s attending. Stay up to everything Isadora and Back Beat Rags are up to on Instagram.

Images supplied by Back Beat Rags.